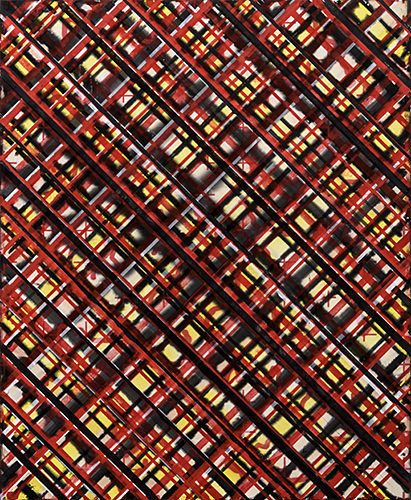 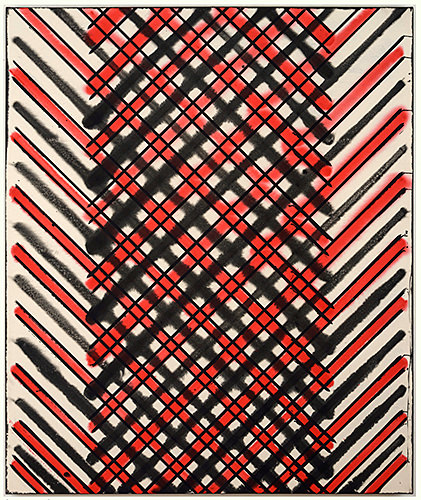 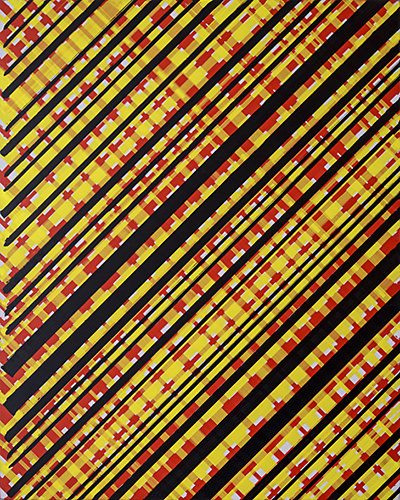 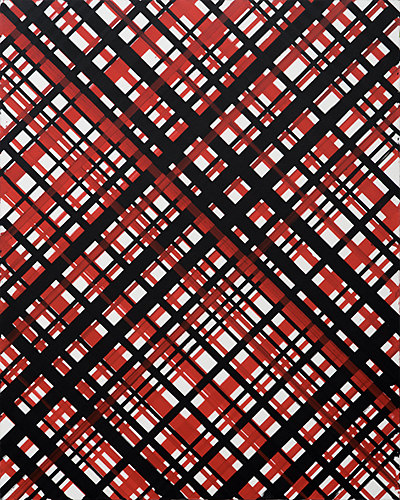 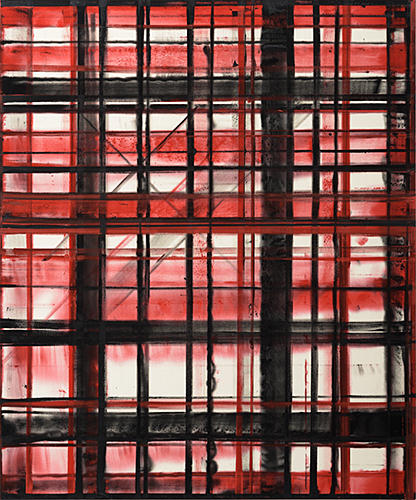 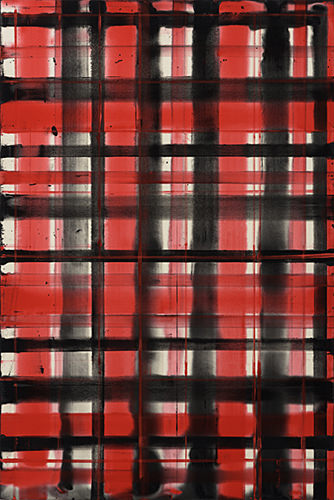 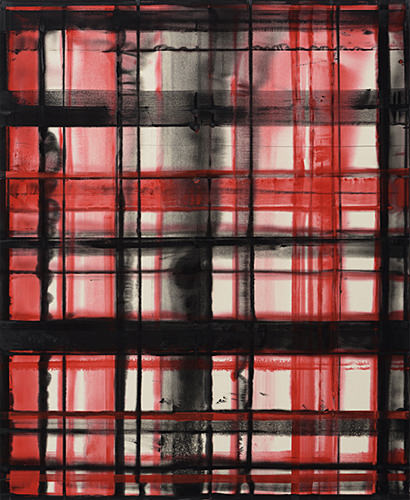 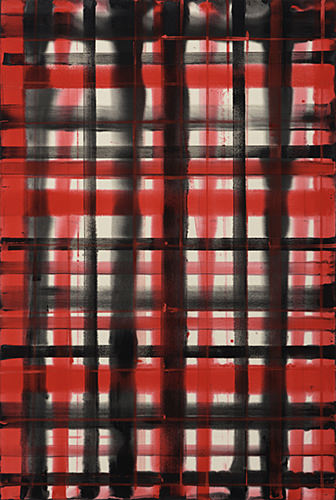 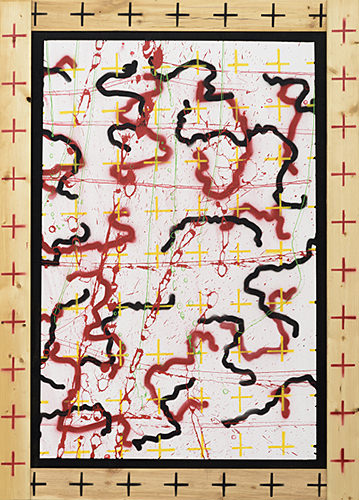 In celebration of his 90th birthday, Brian Gross Fine Art is pleased to announce the opening of an exhibition of new paintings by internationally renowned artist Ed Moses. ED MOSES: LA — SAN FRANCISCO opens July 9, 2016, with a reception from 4:00 – 6:00 pm. On view will be a selection of recent diagonal and rectilinear grid paintings, motifs he has explored since the 1970s. The exhibition will be on view through August 27, 2016.

Ed Moses is one of the original artists affiliated with the legendary Ferus Gallery in Los Angeles, where he had his first show of abstract paintings in 1958. The driving force behind the creation of his work is the intuitive process of painting, in which Moses emphasizes gesture, mark making, and exploration of the painted surface. In the mid-1970s, Moses began employing the use of diagonal grids in his paintings as a vehicle to further explore spatial depth and pattern. He has returned to this motif continually throughout his career, each time discovering new territories. Moses states, “People say I am always changing the way I paint, but I don’t change, the paintings mutate.”

In 2015, the Los Angeles County Museum of Art mounted Ed Moses: Drawings from the 1960s and 70s, comprised of the artist’s gift of 44 drawings to the museum. In it were a number of early drawings of grids, which had not been seen for decades. The works included in LA — SAN FRANCISCO are the result of Moses’ renewed interest in the grid. Created from stained, boldly applied strokes of predominantly red and black paint, the crisscrossing lines build up and recede simultaneously, both allowing the viewer entry into the work while also barring passage.

In addition to the diagonal grids Moses is known for, the gallery will be exhibiting a series of rectilinear grids, a compositional format that the artist has not shown before. In these works, the vertical and horizontal bars of paint are built up over looser stained areas. The synergies created with this format sharpen the viewer’s attention to the geometric constraints of the work, while the sensual, fluid consistency of the grid lines softens their severity. LA — SAN FRANCISCO is the artist’s 12th solo exhibition with the gallery.

Ed Moses was born in Long Beach, in 1926 and received his BA and MA from the University of California, Los Angeles. His career began at the legendary Ferus Gallery in Los Angeles in 1958, and in the same year he also exhibited at the Dilexi Gallery in San Francisco. In 1996, the Museum of Contemporary Art in Los Angeles presented a mid career retrospective exhibition. In 2012, Ed Moses was included in Pacific Standard Time at the J. Paul Getty Museum, Los Angeles, and in 2015 the Los Angeles County Museum of Art held a survey exhibition of his drawings.